the input main dry signal passes through (allowing to use it on 1 mixer track without needing a send bus, but can be used on a bus also) 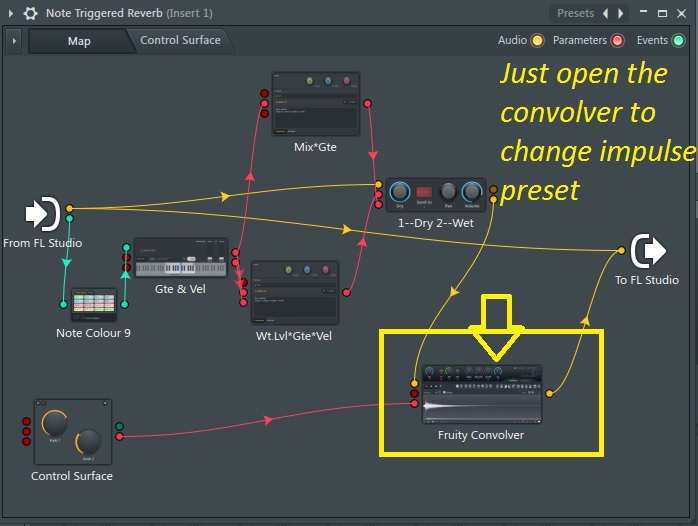 it could be modified to use one key to trigger the reverb, allowing to use it on a split keyboard playing a main instrument

for those using fl studio 20.5 can download the version in the following post - or just answer yes to the 'load it anyway' error dialog it works fine in 12.5 also but was made in the 20.6 beta.

hope someone finds it helpful - enjoy

for anyone that downloaded the previous version...
Top